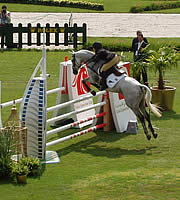 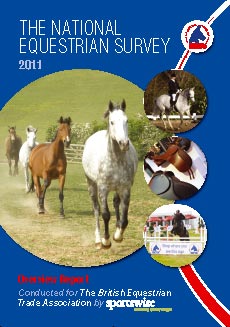 The fact that we now describe the economic activity surrounding the horse as an “industry” shows the progress we have made over the last 20 years, as well as reflecting the changing face of the agricultural and leisure markets in this time.

But what is the horse industry?

The horse industry is more varied than almost any other sector either within agriculture or in the wider leisure industry.

Essentially it can be divided into two parts:

Activities forming the core part of the industry range from professional through to leisure. In between lie many semi professional riders and participants whose interest is split between earning a living and pure leisure activity.

The industry core caters directly for the needs of consumers. The activities geared toward professional riders include commercial breeders, affiliated sports such as dressage and show jumping, training and racing. The leisure oriented activities include the provision of riding lessons, trekking and tourist attractions.

The other part of the industry is made up of providers of goods and services to the core. Examples include farriery, feed supply and veterinary services, livery yards etc.

Each of these components offer employment to significant numbers of people often in a rural community where opportunities are reducing.

The British Equestrian Trade Association’s National Equestrian Survey 2019 reveals a cautiously optimistic view of the equestrian landscape as the steady decline in horse riding numbers seen over the previous 10 years appears to show signs of recovery.


This specially commissioned poll – the only independent survey concerned with the size and shape of the equestrian industry in the UK – was partly funded by Sport England through the British Equestrian Federation. It is the sixth one to be conducted over the past 25 years and plays a crucial role in providing a clear and accurate picture of the industry today.


“This latest survey is one of the most robust ever – based on 6,151 nationally representative interviews – with some conducted online for the very first time,” said BETA executive director Claire Williams. “It includes updates looking at the riding population, activity and economy, as well as specific reports on feed, bedding, clothing and horsewear. The survey provides a valuable tool for allowing us to spot trends and track changes over longer periods of time. We can also take the information to examine the relationship between external and internal influences.


“On the whole, this new survey gives a positive overview of the industry, with an upturn in some rider figures and an increase in annual spending, which is great news for equestrian businesses that can continue to support a sizable and lucrative market. This good news, however, is tempered by the fact that a greater number of lapsed riders are citing the loss of access to horses and equestrian facilities as a barrier, which continues to be something of a challenge and a sign that there is still work to be done in this area.”

The economic value of the equestrian sector stands at £4.7 billion of consumer spending across a wide range of goods and services each year. This has increased from £4.3 billion in 2015.

There are 27 million people in Britain with an interest in the equestrian industry.

There has been an increase in the number of people who have ridden at least once in the past 12 months, to 3 million from 2.7 million in 2015.

The number of regular riders – those who have ridden at least once a month for the past 12 months – has risen from 1.3 million in 2015 to 1.8 million.

The estimated horse population in Britain stands at 847,000.

There are 5 million British households with at least one ex-rider.

Around 55% of riders have taken at least one break from riding.

Lack of access to horses and riding facilities is a barrier for 22% of lapsed riders returning to the sport.

The average frequency of riding – with an average riding time of 52 minutes – is 3.5 times a week.